It has been a year since my last post and a lot has happened. New job, two new places to live and of course, a new city.

Let me start with the positive. Hager Companies is a fantastic company to work for. I had a very good distributor / manufacturer relationship for many years but sometimes going to work for said manufacturer becomes a disappointment. So happy that the positive experience, being an employee with Hager, continues. My boss, his boss and the Hager family are truly fantastic. Reasons why will become apparent as I relay the less that positive experiences that have happened since I moved.  I am having fun educating my co-workers and especially our sales representatives on why social media matters and how it can help spread brand recognition.  More importantly how we can use Social Media to educate others out the life and fire safety aspects of our industry.  A few reps have even signed up with Twitter! My first year review is coming up next month so I hope Hager Co. experience with me has been equally affirmative.

When I was considering moving to St. Louis I wanted to try a more urban living experience.  I rented the 2nd floor of a duplex that had just been renovated. The house was over 100 years old. Unfortunately it was site unseen through Craig's List. That was my first mistake - not negotiating for temporary housing. 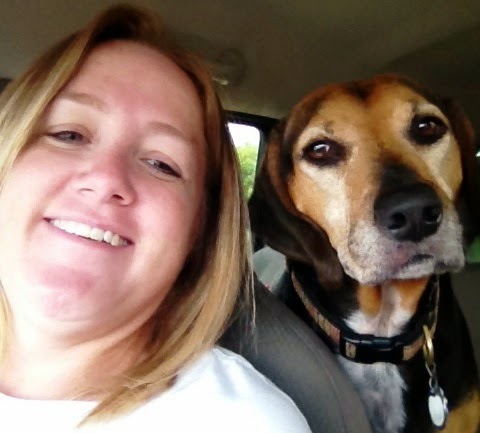 The landlord promised the key would be under the flower pot. It wasn't. Visions of a scam swam in my head but thankfully that was not the case. After a phone call the landlord delivered the key in about 20 mins. We were two very hot and exhausted adults along with the two stressed out dogs. We couldn't wait to get into a cool apartment, take a shower and eat. That didn't happen either. The landlord did not turn the a/c on ahead of time
After a two day drive with 2 dogs, a packed car and a very dear friend who volunteered to help me with the trip we arrived in STL around 3 pm. 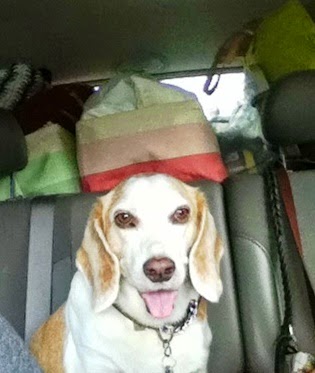 even though I had transferred the electricity to my name that day and asked him too.  After hauling everything that had been packed in the car upstairs and making a Target run my friend decided to take a shower. I had brought towels so all was good. Until I hear her yelling asking if the water heater was gas or electric. She wasn't getting any hot water. Another call to the landlord. He never had the gas turned on and he forgot to mention they never showed up for the appointment I had scheduled to have the gas transferred into my name. Ok so no hot water. Oh and no hot food either because the range was gas.  Hmmm this wasn't a good start.

We arrived in St. Louis on a Saturday and my friend stayed until Tuesday. We had no furniture, except for the two inflatable beds I had
packed in the car, as the
moving company wasn't scheduled to arrive until later in the week. Another trip to Target to buy two lawn chairs, to be used temporarily inside. Two dogs, two adults and two non-folding lawn chairs in a Jeep Liberty. Have I mentioned my friend was (and is) such a trooper!

The gas company finally showed up late Monday evening, after tweeting them my situation. The gas company technician had a few issues so though he turned the gas on I wasn't left with a very secure feeling it wouldn't blow up.  I had never used gas before and I can say now, I am still not a fan. Hot showers was a yay! The burners on the range worked but the oven...not so much. It was an old range and I would have to light the pilot if I wanted to use the oven. That wasn't happening so no oven.

My friend left - and I was in St. Louis, by myself, with two very confused and freaked out dogs. I couldn't leave them in the apartment by themselves without them trying to tear down the door. I was scheduled to start work the following Monday, July 29th so I really needed my belongings to be delivered by the moving company to start getting settled. Unfortunately they were delayed and it was Saturday before I was able to start unpacking and getting a home organized.

Once I had "my stuff" and I started the new job life started to get settled. Sure it was annoying to have to walk down two flights of stairs to do laundry in the basement and find a place to park on the street, but that was all part of the urban experience. And so what if I could see the 1st floor apartment through some not great wood floor workmanship. After all the landlords were still working on the first floor and assured me once they put the insulation and ceiling in I wouldn't be feeling all that heat..and cold it turned out.

Next up - Fall and Winter in St. Louis